Skip to content
Home » Vitamin B12 deficiency – a problem as we grow older. 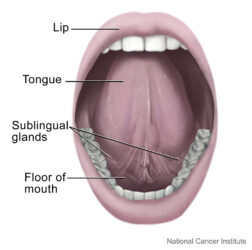 There is a vitamin whose deficiency can contribute to some of the blemishes experienced with growing older- B12. Deficiency of B12 is associated with cognitive decline, lack of energy, depression, and other undesirable happenstances. B12 is present only in animal tissues, not plant tissue, so vegan diets are deficient and need supplementation. But the main cause of B12 deficiency is the failure to be absorbed as we grow older.

In medical studies where large numbers of subjects had levels blood tested for B12, 10% over 65 and 20% over 70 years were deficient. Other studies show deficient levels are more prevalent in Alzheimer’s and other dementias and in cognitive impairments.

In medical lingo deficiencies that are not yet severe enough to trigger serious symptoms are termed subclinical. It is thought that the subclinical phase of B12 deficiency can result in or contribute to thinking problems, balance difficulties, depression, lightheadedness, and lack of energy. Some studies show it reduces depression and anxiety and improved the overall mood.

Because the main reason for deficiency of B12 is most often lack of absorption in the small bowel, swallowing pills is not the solution; instead, shots or placing the B12 supplement beneath the tongue is the way to go. Sublingual delivery (under the tongue) is just as effective as taking B12 shots.

The recommended dose is 1,000 micrograms daily for a month and then weekly. It sounds like a lot but it is not. A nickel weighs 5 grams and a microgram is a millionth of one gram! I like a highly rated preparation “Bricker’s Blast” from Amazon. It is almost impossible to overdose. So there you are.