Skip to content
Home » Social Isolation: One is the Loneliest Number 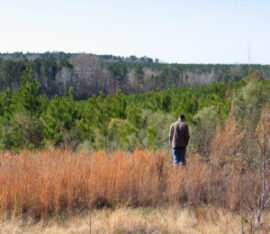 Humans are social-focused creatures. Most of us don’t like to spend excessive time alone unless we are engaged in a task, which occupies our attention. A well done study in the Kungsholmen district of Stockholm followed for three years older non-demented subjects living at home.1 During the study about 10% developed dementia. The incidence of dementia was doubled in single people living alone without social networks. They concluded: “An extensive social network seems to protect against dementia.”

Residents in residential care homes psychologically deteriorate over time. Forming ladies and men’s clubs reversed this and gave a sense of well-being.2 Personal identity strength, cognitive ability and well-being were measured at the commencement of the intervention and 12 weeks later. Women maintained their positive characteristics, whereas, men showed a significant reduction in depression and anxiety. Social status affects men and women’s longevity differently.3 in the substantial British Whitehall II Cohort Study, thousands were followed for over two decades. Men experiencing social isolation had significantly higher mortality but in women subjects there was no consistent association.

The following is taken from a 2012 article in U.S. News and World Report: “I think one of the major issues for adults as they get older is to maintain their social connection,” says Colin Milner, CEO of the International Council on Active Aging (ICAA) in Vancouver.” “An example of this is the fact that 70 percent of baby boomers see retirement as a time when they want to spend more time with their families. Yet people can often get isolated as friends and family move away or pass on. This can become a significant issue, leading to depression and a downward spiral of one’s health.” The combination of social withdrawal combined with a lack of concern about surroundings, occasionally with excessive accumulation of things is the Diogenes Syndrome, which insures a high mortality rate.4

Diogenes of Sinope is one of my favorite philosophers. He was one of a kind; he lived in a tub, searched perpetually for an honest man─ failing to find one and has left a myriad of pithy sayings.

The syndrome named after him probably reflects his lifestyle: social isolation, cluttered surroundings, and hoarding.

As people age, retiring and becoming frail are possible turning points where social contacts and participation can wane. This must be avoided because those times are when support and self-awareness are the most important.