Skip to content
Home » Too Much Taking it Easy is Bad 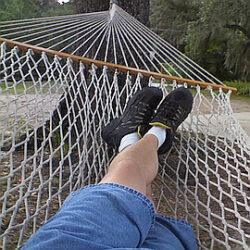 Sedentary is a nine letter dirty word. It applies to an individual when 10% or fewer calories are consumed from activity .1 There is clearly indisputable evidence that sedentary individuals have decreased longevity by getting some of the deadliest diseases such as heart disease and cancer. Also, sedentary behaviors increase some of the most undesirable ones such as depression and dementia.2

Nurses’ Health Study measured telomere (telo=ends, meres=things, are ends of chromosomes that determine the age of the cells) length in over 7,000 nurses and the telomeres in active nurses were significantly younger than in the sedentary.3 They concluded that “Although associations were modest, these findings suggest that even moderate amounts of activity may be associated with longer telomeres.” This is a well-done study but is observational, meaning it is suggestive but inconclusive. What follows are several “controlled” studies that can be used to make reliable conclusions.

In a Spanish study of over 2,700 sedentary subjects over 60 years, they were encouraged to increase their activity levels.4 Those following a moderate program had a one-third lower mortality over the next few years and those who were rigorous lower theirs by almost half.

A European study of older, overweight, sedentary people’s telomeres (indicators of cellular biological age) had remarkable findings.5 Half were started on an increased physical activity program and half remained sedentary. In only six months the exerciser’s telomeres were significantly better. Wow.