Skip to content
Home » What does Being Committed to Religious Beliefs do for You Right Now? 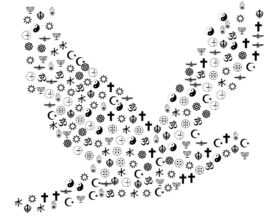 Practicing a religion does not have to be limited to attending religious services. Daily private prayer has been shown to produce significant health benefits.2 Further, religious activity was shown to provide the most benefit if started before the onset of health problems.3 In a study of 950 Christian educators, praying and its promotion of stress reduction and life satisfaction were significantly increased by the practice.

Sustained existence is increased in those practicing religious activities but other confounding factors rather than the religion per se, such as support and additional socialization might be the reason. Musick explored alternatives and found a 30% reduction in mortality over a 7.5-year study.4 This was after the elimination of the influence of possible confounding healthy behaviors!
Studies have confirmed that practitioners of religion live longer by avoiding death and more people die from heart attacks and stroke than any other causes. A study illuminated why: the markers (blood tests) for having future vascular problems were measured and were significantly lessened in religious people attending services.5 The study participants (over 10 thousand) were tested and the criteria were attending religious services 40 or more times within the last year.

Religious observance, termed religiosity, has many accompanying values. In a study of children’s religiosity in high-risk children who had family with serious depressive problems, high-risk children that were noted to be religious were 64% to 76% less likely (depending on the diagnosis) to experience psychological problems as they grew older. WOW!

In another study, older people who had religious doubts such as whether my illness is because “God abandoned me” were more apt to die.6 So, don’t put any negative beliefs into your situation. Please!

However, discerning people desire to understand the “how did this happen”? Did God look down and favor these children? Perhaps, but since God according to the holy literature and available experiences, if God is involved, He seems to employ physical methods ─ not magic. Among all the psychological traits known to science, resilience has the most influence in reducing aging’s detrimental outcomes. Scientific studies looked at the degree of the influence spirituality had on resilience and it was considerable.7 SO, BOUNCE BACK!

In a review of the literature, an authority stated that religiosity was associated with prevention of health-robbing disease, less turmoil when diseases occurred, and faster recovery.8 GOOD STUFF!

Prayer is a staple of religious activity and probably is a good indicator of the level of belief in the healing power of religion.9 There are many articles especially about what is called “distant prayer” which is prayer for another person at a different location. The results are mixed with some showing benefit and others not showing benefit.10

A rationally oriented pragmatic mind might consider that deeply religious scientists might be biased toward religion’s benefits. However, there are thousands of positive papers on various ways of examining the subject of the helpful personal effects that religion can bestow. Before each major operation I asked patients to meet with their own religious person or the hospital Chaplin and to the few who refused, I replied: it’s not for you it’s for me. I went to the church I attended on the way to the hospital and asked for guidance. It was early so the pastor kept one back door unlocked. I had the lowest mortality rates in the published literature!11