Skip to content
Home » Principles of an Antiaging Diet 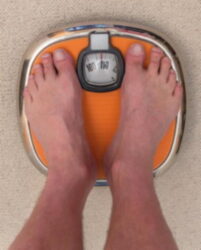 Overall dietary principles include proper intake of protein and fiber and reduction of salt but this essay focuses on an antiaging diet. Protein is of great dietary importance; the name means first in Greek. You can calculate the protein you need by multiplying your weight by 0.36. Lifestyle concerning diet is important, but the proper dietary lifestyle for antiaging can be summarized by three recommendations.

The first is calorie control. I agree that calorie counting can be a genuine annoyance. One can limit calories almost effortlessly by portion control. In Okinawa, the longest-lived people on the planet, they practice portion control. They do not eat until full. There obviously is no saying of Grace; instead, they begin the meal by vowing only to eat until they are 80% full─ not stuffed. The idea is to listen to your body and stop eating when you are no longer hungry not until your stomach is bulging with unnecessary food. About 20% of the time, especially when my bride and I have had a large lunch (usually eating out), we skip dinner.

The average calorie content of main dishes in restaurants, both chain and non-chain, are excessive being double the requirement for health.1 It is rare my bride or I finish an entire meal alone when eating out. Instead, depending on circumstances, we split a meal or eat half and box the rest.  When at home use smaller plates and fill them with two-thirds of what you consider a portion. If you remain hungry, you can always eat more.

Caloric restriction extends the healthy life of all living creatures thus tested by as much as 30% even in primates.2 Rhesus monkeys on reduced calories versus animals who ate all they wanted looked years younger and were much more alert and active; their youth was preserved. Wow.

Among the three foodstuffs consumed fat usually gets the bad rap and if habitually consumed in excess, damage occurs but primarily from increasing the size of one’s fat cells. Sugars are the potentially harmful molecules. We are alive because of a controlled chemical fire in our cells. It is a form of oxygenation, which describes forest fires, gasoline engines, rust, our cell’s fires─ termed respiration. Sugar, unlike coal must be burned when received.

Blood sugar needs to be kept within narrow limits. Insulin regulates blood sugar by forcing it into cells. The more sugar consumed; the more insulin secreted and the more sugar forced into cells which must “burn” it. More intense hotter fires release more sparks and at a certain rate the number of harmful molecules exceeds the body’s protective mechanisms.

It is not just the amount of sugar containing food or drink consumed (sugar load); it is how fast the sugar is absorbed, the rapidity of this availability is termed the glycemic index (GI). The index is set at 100 for pure sugar. Low GI foods are below 55 and above 70 is considered high.

There are two advantages to low GI foods: They reduce the amount of damage from excess sparks and they are more satisfying longer. High GI foods lead to a rapid peak sugar level that dips lower and causes the consumer to feel hungry and predisposes to overeating. The GI of almost 3,000 non-diabetic subjects were determined and they were followed for 4.7 years.3 A high GI increased the mortality rate from all causes.

The antidote for sparks is molecules that serve as “fire extinguishers” called antioxidants. The sparks (oxidants) indiscriminately attach to other molecules inside the cell where they were formed, causing damage. Antioxidants attach selectively to oxidants neutralizing them. Then they are safely eliminated in the urine.