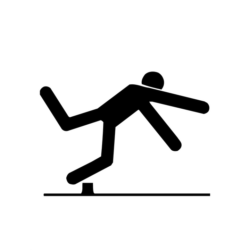 The creditable data on damage from senior falls supports the opinion that falls are a major hazard. 25 million falls occur yearly in the US. These amounts to 2,500,000 visits to the ER and 700,000 visitors require admission to a hospital. Over 30,000 people die, 130,000 no longer can live independently, and another 140,000 will die within a year. This is SERIOUS. However, it is preventable by improving your balance. People with better balance have better mentation. People with greater flexibility have decreased arthritis.

The Activities-specific Balance Confidence (ABC) Scale is a measurement of activities and your confidence in maintaining your balance while doing them.  Answer honestly and if necessary, you can begin to improve your balance and avoid falls.

It can be a matter of life and death.

Instructions to Participants:
For each of the following, please indicate your level of confidence in doing the activity without losing your balance or becoming unsteady from choosing one of the percentage points on the scale form  – 0% to 100%. If you do not currently do the activity in question, try and imagine how confident you would be if you had to do the activity. If you normally use a walking aid to do the activity or hold onto someone, rate your confidence as you were using these supports. If you have any questions about answering any of these items, please ask the administrator.

Instructions for Scoring:
The ABC is an 11-point scale and ratings should consist of whole numbers (0-100) for each item. Total the ratings (possible range = 0 – 1600) and divide by 16 to get each subject’s ABC score. If a subject qualifies his/her response to items #2, #9, #11, #14 or #15 (different ratings for “up” vs. “down” or “onto” vs. “off”), solicit separate ratings and use the lowest confidence of the two (as this will limit the entire activity, for instance, the likelihood of using the stairs.)

For each of the following activities, please indicate your level of self-confidence by choosing a corresponding number from the following rating scale: