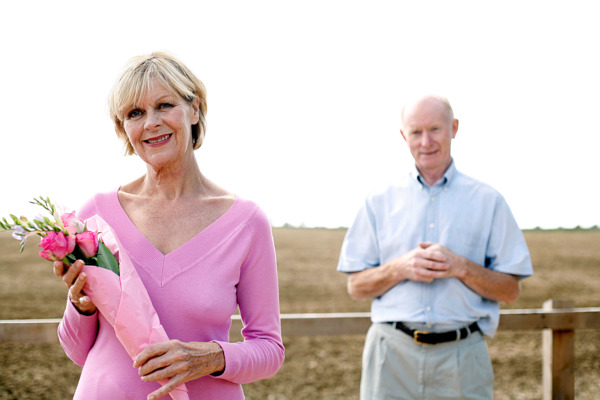 A sincere smile awards more paybacks than any other non-verbal communication. Smilers and smile recipients together straightaway see benefits. Recipient observers of sincere smiles interpret the emotional meaning as positive. “It’s good to see you” or “I regard you in a positive sense” are some of the thought responses triggered by a genuine smile. Oh yes, there are phony smiles. Watch out, people can readily tell the difference and fake smiles can be interpreted to mean disrespect. In the scientific study of non-verbal body language and the emotions conveyed, a sincere smile is termed a “Duchenne (Pronounced Doo-shin) smile” after the French professor who first described it. A sincere smile is powerful and consists of facial muscles lifting the corners of the mouth upwards and partly closing the eyes so “crow’s feet” appear at the outer corners of the eyes. YES, THE EYES HAVE IT.

Smiles definitely create positive feelings and reactions in recipients. Validation of the importance of sincere smiles is seen in studies of politicians; those who repeatedly generated sincere smiles during campaigning had better turnouts and are more likely to win elections. Another benefit to the receiver of a true smile was that there was a “mood migration” when facing a sincere smile, observers became measurably happier almost immediately.

Likewise, the person donning a sincere smile receives many benefits. Smiling stimulates areas in the brain which are associated with a positive feeling as measured by MRI studies. OH, HAPPY BRAIN i.e. YOU! Elderly nursing-home subjects who received humor-smile therapy sessions had significantly reduced agitation and benefited from increased durations of happiness. Moreover, an ample amount of data shows that a smile makes the smiler more physically attractive to others. OK.

Our mental functioning has a conscious part that is our reality and a much larger part of which we are unaware. Professor Haidt, a noted psychologist, explains brain activity as the conscious portion is a rider seated on the unconscious part such as a rider seated on an elephant. We think we think only with our consciousness, giving us complete control but the massive unconscious elephant has a great deal of guidance to steer our thinking. Remember When you may tend to like or dislike someone you’ve just met before knowing anything about them? Your “elephant” remembers a past lookalike and “tells” the conscious you what to think! Smiling tells your “elephant” you are happy and your brain morphs into HAPPY.

There is limited hard data concerning happiness and the ability to express emotions can alter life prospects concerning the risk of heart disease depending on whether the ability concerns happiness or fear. Overall longevity is enhanced in those who are happier with their lives and the remaining years they live are more satisfying. YES!

Smiling uses less than half of the facial muscles than frowning (17 vs. 43) and as we have seen is much more beneficial. Chose to exercise your spot-on facial muscles and you’ll be glad ya did.